One of Three Kids in the United States, roughly 25 million, is considered overweight or obese.

Statistics show that 89% of children who are overweight or obese will become obese adults. Overweight children face premature heart attacks and strokes, will need new hips and joints early in their adult lives, and obesity in adulthood likely will be more severe. Sadly, for the first time in our history, this generation of children will live shorter lives than their parents.

THE EPIDEMIC OF CHILDHOOD OBESITY

Obesity is associated with many diseases or Type 2 Diabetes and has been shown to reduce life expectancy. Obesity levels have been growing steadily. The statistics are grim and getting worse: 16% of America’s children are obese. Another 17% are overweight. 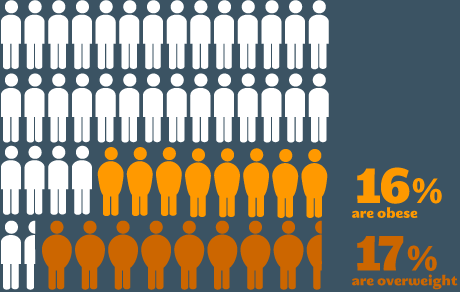 According to the Center for Disease Control, the medical care costs of obesity totaled more than $147 billion as of 2008; in 2011 that figure rose close to $190 billion. Each taxpayer pays close to $1500 a year in taxes directly attributed to health-care related costs. As an individual paying personal taxes or as a business owner responsible for corporate taxes, you currently are shouldering a percent of the staggering insurance costs related to obesity-related healthcare. 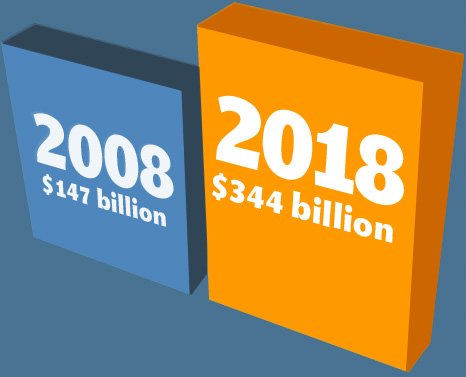 The Center for Disease Control recently announced that based on current trends, by the year 2030 children would be with born with Type II diabetes. According to the American Diabetes Association $174 billion was the total cost spent on diagnosed diabetes in the United States in 2007, with $58 billion for indirect costs such as disability, work loss and premature mortality. Medical expanses are two times higher for a person with diabetes than for one without, and the cost of maintaining a person with diabetes from age 14 to 80 is staggering. In 2018, the average medical cost to person with diabetes surpassed $9,600 a year, equating to over a half a million dollars in their lifetime. With healthcare costs projected to increase threefold, that number will continue to grow.